Bitcoin price has been difficult to chart during most of 2015, so I have not updated the count for quite some time. I took a look at the charts again and propose a bullish count for the bitcoin daily chart, seen below.

BTC price has not yet broken above the P1 high. I believe this will finally happen with a wave (3) of [3] of P3 move that will roughly follow the bubbles shown in the chart below. Currently, the wave count is within a wave iii-(3)-[3] move, which should be the strongest of any wave. So, this wave should break above the P1 high if it is to be correct. Should BTC price stall prior to the [1] high then this count will need to be revised. For now, the count proposed in the chart is what I see as the most probable outcome.

For those unfamiliar with EWave work it’s important to note that other count possibilities for the future exist that may play out at a lower probability. Adjustments to the primary count will be made if critical price levels are violated. Please review the material provided in the Elliott Wave Theory Basics page if this is unclear to you.

~ Best of luck in your trading 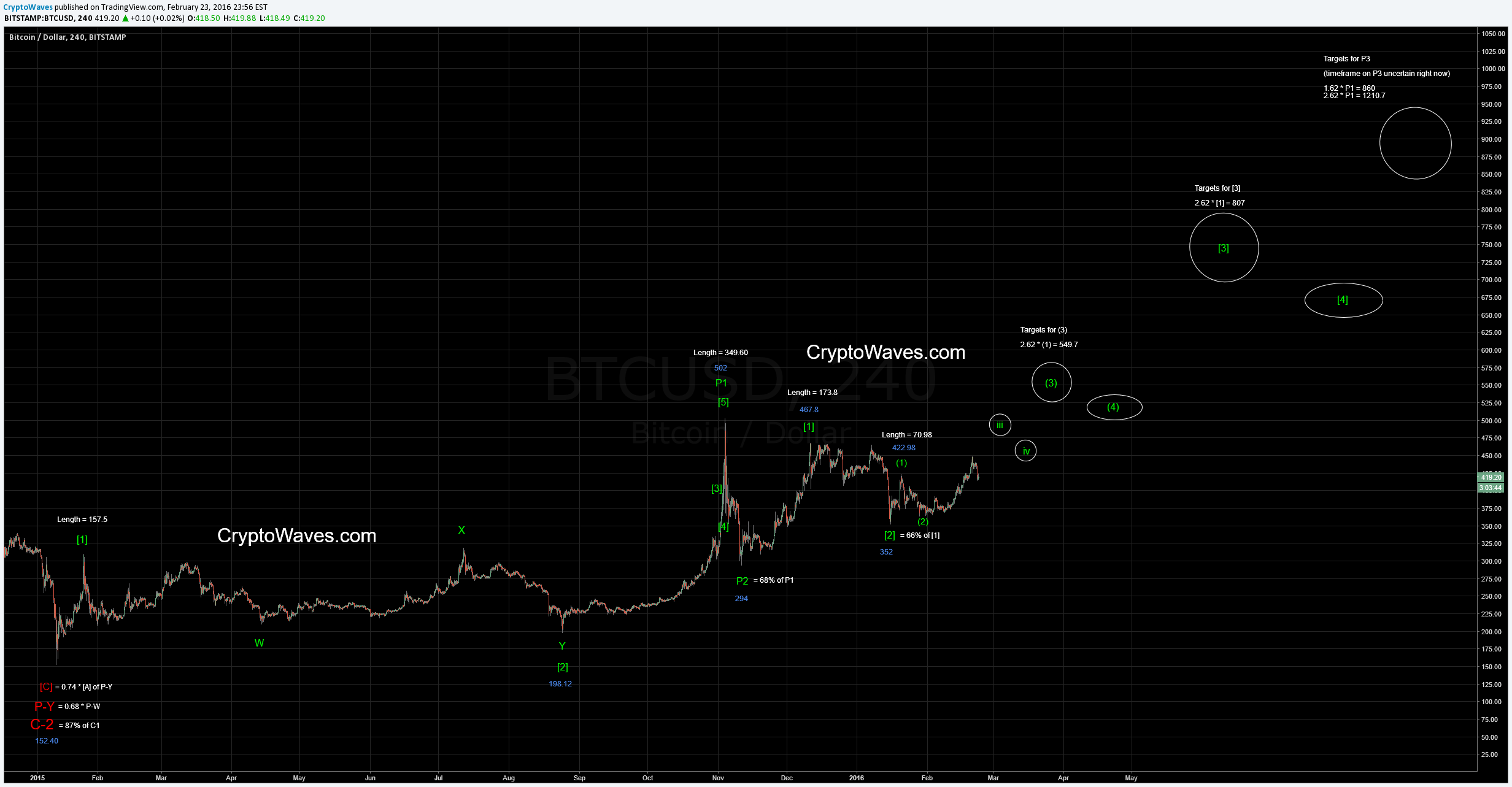