Bitcoin price has made a strong recovery from the low at 339.79 on 4/10. My current wave count has Primary Wave 4 (P4) ending at 339.79 at the 70% retrace of P3. This means that the Primary Wave 5 uptrend has started. Refer to the links below for the updated daily and 15 minute chart.

Some important notes on the daily chart:

Price rose above the down sloping price channel (blue parallel lines on daily chart) and has stayed above this level for a day. This has been noted many other places on the web over the last day. Even so, it is important.

Observations on the 15 minute chart: 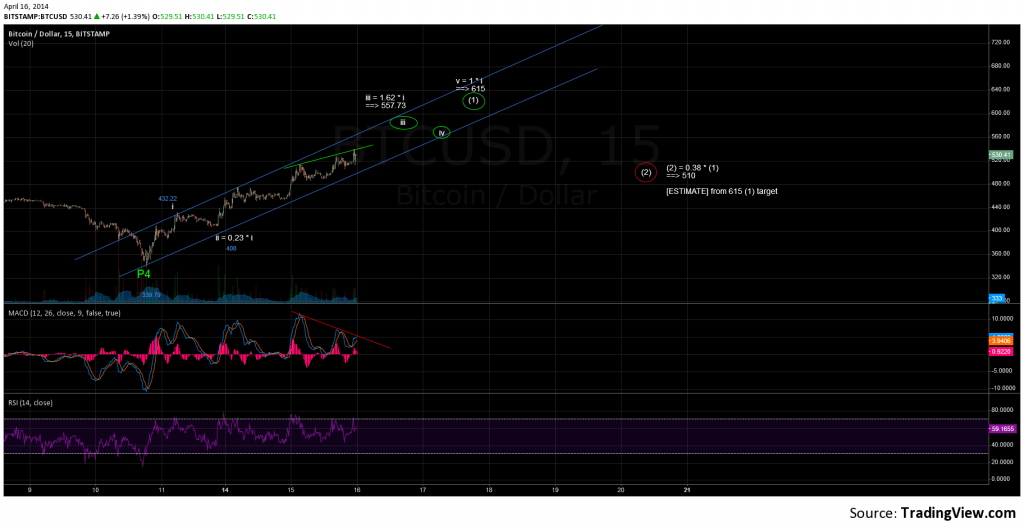 There is MACD negative divergence with respect to price. This does not have importance for the long term trend since it is on the lower timeframe, but it could lead to slightly lower prices in the short term.

The technical indicators (RSI, stoch, and MACD) are in the overbought area on the lower timeframe charts. Price could move sideways around 530 for a half day or so to make these ‘reset’ lower and prepare for the next move up. Alternatively a slow, sustained move up would allow the indicators to not enter the extremely overbought area.

If price falls below 475, then wave iii has likely ended. 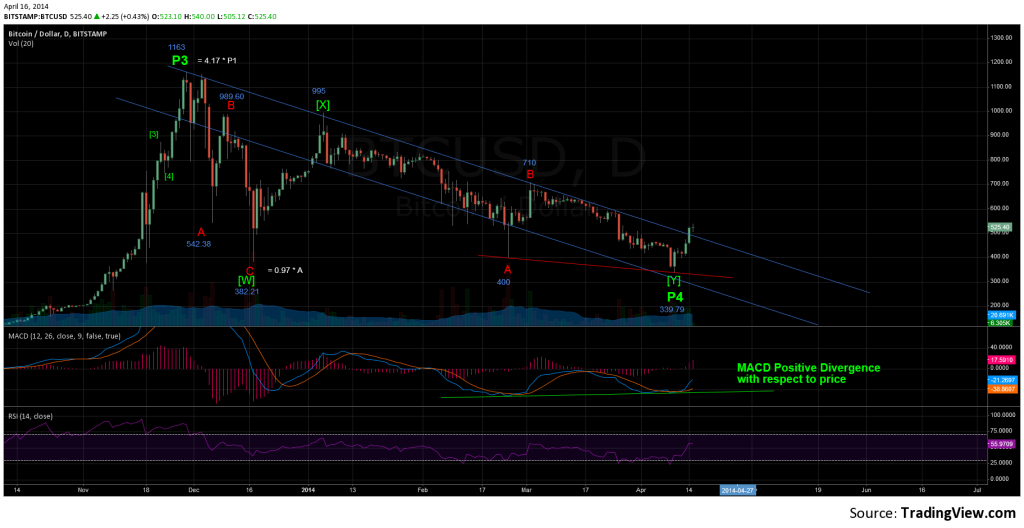